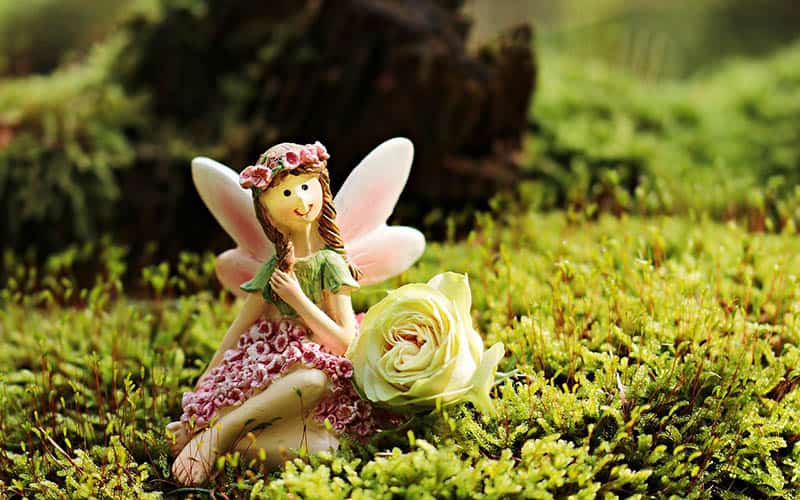 Kristina Killgrove , a bioarchaeologist at the University of West Florida started digging into the history of the Tooth Fairy after her 7-year old lost her upper right central incisor. In a story she contributed on Forbes.com, she explains: “She knows she gets a shiny gold dollar coin for her lost teeth, and she knows that the Tooth Fairy doesn’t exist, but she asked, ‘Mama, where did the Tooth Fairy story come from?’”

Killgrove discovered that, while a handful of legends in Europe may have contributed to the concept, the Tooth Fairy as we know her is as about as American as apple pie.  What’s surprising, as she explains, is that nobody knew much about the Tooth Fairy before the 1990s, when folklorists Rosemary Wells and Tad Tuleja dug into the matter.

“Disposal of baby teeth is not a new phenomenon, and in fact many cultures, both ancient and modern, have ritualized ways of disposing of teeth,” Killgore wrote in “Where Did The Tooth Fairy Come From?” which can be found on Forbes.com. “For example, many of these rituals involve burning the tooth, burying it in a hole or a wall, or swallowing it.  Not by accident, these tooth rituals parallel burial customs in their respective societies. In parts of Europe and the Americas, rodents or crows were usually called upon to help the person get a new and better tooth.”

That meant the researchers had to turn to Europe in search of possible precursors to the Tooth Fairy. Killgore cites several such possibilities.  “There is an old British custom, for example, of giving ‘fairy coins’ to servant girls while they slept; but this doesn’t involve teeth. Irish folk tradition includes fairy ‘changelings,’ so it’s possible that a tooth placed near a sleeping child could serve to fool a malevolent spirit. There’s also a Venetian version of the Italian Befana, who acts as Santa Claus, who gives presents or a coin to a child who has lost a tooth. And in late 19th century France, one tradition has the Virgin Mary exchanging a coin or presents for a tooth left under a child’s pillow.

“But the closest parallel to the American Tooth Fairy may be an 18th century French fairy tale called La Bonne Petite Souris,” she continues. “In the story, a good queen is imprisoned by a bad king and enlists a mouse for help out of her predicament. The mouse turns out to be a fairy who frees the queen and knocks out the king’s teeth.  The fairy-mouse then hides the teeth under the king’s pillow, before eventually having him assassinated.  A happy children’s tale for sure!”

But how did the mouse fairy make the voyage to America? “With the re-release of the French story as an illustrated children’s book in English in the 1920s, the mouse-fairy became cemented in her winged imagery,” she wrote. “But although there are scattered references to the Tooth Fairy in the first half of the 20th century, she didn’t really take off until after WWII.

“A story in Collier’s magazine, one of the most popular of its time, mentioned the Tooth Fairy in 1949. And yet the first Tooth Fairy reference citation — in the World Book encyclopedia — didn’t come until 1979! For those of us who grew up with special pillows in which to put our deciduous teeth, this is quite frankly surprising. What happened in the middle of the 20th century to change this minor folk belief into a full-fledged national myth?”

Tuleja and Wells had to dig a little deeper to get the full explanation. According to Killgore, “Tuleja suggests three things that changed in American society following the end of WWII.  First, an increase in prosperity. Who would give their literal last nickel to a child who had just lost a tooth during the Great Depression and other eras of scarcity? Second, the child-centered view of the American family dates to this period too, when it became normal for parents to cater to their children. Creating a family ritual about the transition from infancy to childhood makes more sense in this context. And third, what else but the media! Just as Clement Moore created the modern American version of Santa Claus in the previous century, so too did the idea of good fairies and fairy godmothers run rampant on 1950s American childhoods thanks to Tinkerbell and Cinderella.”

Dr. Hollowell went to the University of North Carolina School of Dentistry, graduating with honors and a Doctorate of Dental Surgery. He and Dr. Porter both received their special training in pediatric dentistry at Virginia Commonwealth University, which has a School of Dentistry located in Richmond, VA. But, while they could draw a primary teeth chart blindfolded and had learned about the various sealants on teeth, our kid dentistry experts didn’t know all of the Tooth Fairy’s secrets.

We will do our best to schedule an appointment on your requested date and time. A confirmation email or phone call will follow with your selected time.